Sweet potatoes are rich in edible substances such as edible fiber, minerals, vitamins, and mucopolysaccharides, and they can provide a large amount of heat and nutrients to the body. Its metabolic health care has received more and more attention. Sweet potatoes are alkaline foods, which can effectively eliminate the problem of imbalanced nutrition caused by large quantities of edible meat products. After eating sweet potatoes, they can promote gastrointestinal motility, speed up excretion, and reduce the harmful effects of animal foods in the digestive process. It plays a role in anti-cancer health care. The health effects of sweet potatoes in Japan and South Korea are highly valued, and the price of fresh sweet potatoes is also relatively high.
High-yield sweet potato cultivation First, good varieties or detoxified potatoes should be selected as cultivars. After the productivity of the detoxified potato is restored, the growth potential is strong and the yield is high, and the yield and quality are improved to varying degrees. Therefore, it is better to use detoxified potato as a cultivar in the large-scale cultivation of sweet potato.
Second, we should choose a land with slightly flat terrain and loose soil. In addition to the better conditions of soil moisture, the other main factor is that the terrain with higher ground has better air conditions. The wind factor has not been given much attention for a long time. It is mainly due to the difficulty of manual control over fixed blocks. In the late growth period, the vines are thick and dense, and the air between the vines contains high water vapor and other harmful gases, which is not conducive to the respiration of the plants and also affects photosynthesis. The higher-lying plots have better air flow conditions. The flowing air can remove excess moisture, regulate the temperature and humidity of the vines, and make the vines grow robustly and not excessively, promoting the transfer of nutrients to the underground. Do not choose obstacles that affect ventilation in or around the forest.
Third, it is necessary to control the harm of defamation. The main soil pest of sweet potatoes is earthworms. Cockroaches can bite on the skin of the potato block, affecting the commercial quality of the potato block. Do not allow weeds in the field, reduce the amount of spawning by the beetle in the field, and, if possible, irrigate springs to kill the eggs. If this is not possible, long-term, low-residue pesticides can be applied to the ridges.
Fourth, it is required that the potato seedlings be thick, and the internodes are not long and top-notch and have no symptoms of viral diseases. The yield of strong and weak seedlings may differ by 20-30%. Potato seedlings generally have six unfolded leaves, and potato shoots with more than eight leaves and less than five leaves have a slight reduction in yield. Try not to use medium-sized seedlings. If the potato seedlings are too long with more leaves, the evapotranspiration area is large and the returning seedlings are late. However, if the seedlings are too small, it takes a long time to reach the length of the normal seedlings. As a result, the yield of the potatoes is reduced. In addition, the effective use of herbicides in sweet potato fields can save a lot of labor and reduce the destruction of potato ridges by weeding operations. At present, more herbicides such as acetochlor are used. The specific application method is to spray the liquid as soon as possible after transplanting. The dosage is twice as much as usual, and attention should be paid to water in the dry days. Do not spray on the seedlings as far as possible. . After the potato seedlings are contaminated with a small amount of herbicide, they will cause the top growth to be slow, but they will have more branches and will have no major impact on the final yield. (Hubei Dangyang Agricultural 110 Service Center)

Equine Chorionic Gonadotropin (acronym given as eCG but not to be confused with ECG) is a gonadotropic hormone produced in the chorion of pregnant mares. Previously referred to as pregnant mare's serum gonadotropin (PMSG), the hormone is commonly used in concert with progestogen to induce ovulation in livestock prior to artificial insemination. 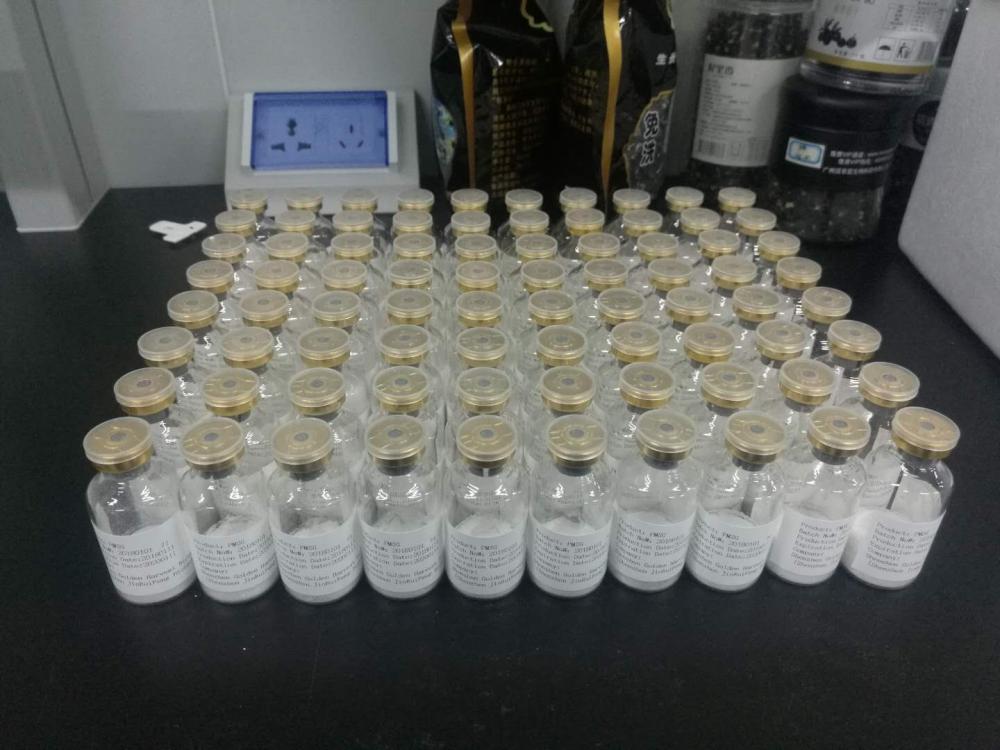