Symptoms occur throughout the country's tea areas, mainly affecting the roots and roots and neck. At the beginning of the disease, the diseased part has a delicate purple mycelium, and the posterior root becomes yellowish-brown to dark brown. The surface of the stick produces purplish brown rhabdomorph, sometimes seen on the purplish red hemispherical sclerotia or at the base of the root or stem. A layer of purple-red fleece, the epidermis turns dark or decays. The diseased branches were slightly yellow-green, and the severely diseased plants withered and died.

The pathogen Helicobasidium mompa Tanaka Jacz.. It is a basidiomycotina fungus. The fungus was named by H. Mompa Tanaka in 1890 by Yoshihide Tanaka in Japan. In 1909, Rezes Basche in Java changed the name of the genus to the genus Urinaria. In 1919, Sawada Sawada discovered that the bacterium did not form a spherical anterior force. The capsule, in turn, was changed back to the genus. In 1987, China conducted an in-depth study of the bacteria. There are two types of mycelium. The vegetative mycelium that invades the cortex, which is parasitized and attached to the surface, is called a germ mycelium. The vegetative mycelium is yellowish-brown, 5 to 10 Î¼m in diameter, varying in thickness and purple in the reproductive mycelium. The bacteria are vertically distributed in the soil, distributed in the 5-25cm soil layer, individual can be as deep as 1.5m, poor development in the absence of oxygen, but can survive for more than 50 days. Developmental temperature limit of 8-35 Â°C, suitable temperature of 27 Â°C. Soil ventilation, water holding capacity of 60% to 70%, pH 5.2-6.4 are most suitable for the breeding of the bacteria.

Transmission Pathways and Pathogenic Conditions Germs with mycelia or sclerotia in the soil or mycelium in diseased tissues overwinter, and the bacteria can survive in the soil for 3-5 years. When sclerotia or bacilli in the soil are in suitable conditions, the pathogen grows vegetative mycelium, invades the young root of the new host plant, and then spreads to the main root or lateral root. The mycelium formed on the surface of the root spreads to the fruit-like fruit body at the base of the trunk, and produces burdens and spores. The spores are mostly produced in May-June. Bacillus spores germinate and produce hyphae. The bacteria infect the sclerotia in the soil and the silkworms in the diseased roots through contact with the newly parasitized roots through irrigation water or rainwater and agricultural implements. Can also be transmitted through tea, mulberry seedlings, fruit tree seedlings, potato blocks and peanuts transported long-distance transmission. The disease occurs more severely in low-lying areas, poor drainage, and heavy soils and high organic matter content in tea gardens. The incidence of dry soil is also heavy. In July-August, there was more rain and the rainfall in the day was higher than 50mm, which was conducive to the disease. In addition, the former tea gardens such as sweet potatoes, peanuts, mulberries, and fruit trees are susceptible to disease.

Control methods (1) New tea gardens, the best choice for disease-free plots. (2) Use disease-free seedlings. Take care to remove the diseased seedlings. When necessary, seedlings should be soaked with 25% carbendazim WP 500 times for 30 minutes. After planting. (3) Strengthen tea garden management. Apply compost or fermented organic fertilizer made from enzymes to improve the soil. Drain the water immediately after the rain to prevent moisture retention or accumulation of water. The diseased plants were found to be excavated immediately, and even fine roots were extirpated and burned together. The diseased spot was poured with 43% formalin 20-40 times liquid, covered with soil, covered with grass for 24 hours, and then watered every 10 days. Once, 50% thiophanate-methyl WP can also be used to irrigate the roots.

Solo garlic, also known as single clove garlic, monobulb garlic, single bulb garlic, or pearl garlic,is a variety of Allium ampeloprasum. The size of the single clove differs from approximately 25 to 50 mm in diameter. It has the flavour of the garlic clove but is somewhat milder and slightly perfumed. It originates in Yunnan province in Southern China. The appearance is somewhat akin to that of a pickling onion, with white skin and often purple stripes. Solo garlic offers the advantage, compared to traditional garlic, of being very quick and easy to peel.The harvest time is February to March every year.  It has a strong  fragrant taste compared with multi(whole) clove regular garlic. It also has a high nutrition content. Its price is higher than regular  multi-clove garlic but those people who buy it simply love it. 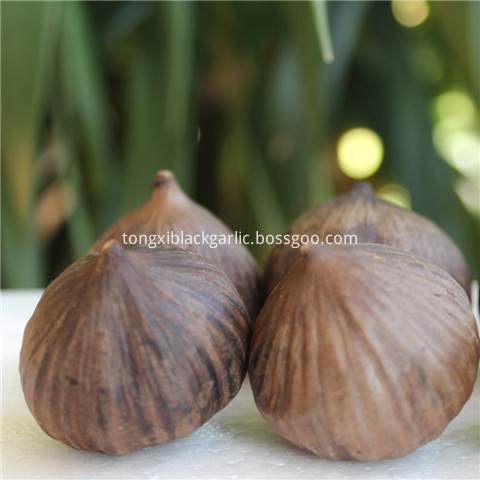